Get to Know Your Adrenal Glands it’s Cancer

Get to Know Your Adrenal Glands it’s Cancer

In the human body, adrenal glands basically sit at the top of the kidneys, one on each side, and have an inner core (called medulla) surrounded by an outer shell (called cortex). The inner medulla develops adrenaline, the “fight or flight” stress hormone. While the non-appearance of the adrenal medulla does not cause complications or disease, the cortex is quite critical. It develops the steroid hormones that are crucial for life: cortisol and aldosterone. Cortisol mobilises nutrients, allows the body to fight inflammation, stimulates the liver in order to produce blood sugar and also contributes in order to control the amount of water in the body. Aldosterone regulates the level of salt and water which affect blood volume and blood pressure. The adrenal cortex also creates sex hormones called adrenal androgens; the most important of these is a hormone called DHEA (dehydroepiandrosterone).

The adrenal glands may be tiny, but they play a crucial role in the way you feel, think and respond to stress. The adrenal glands are organs that develop and secrete hormones. The hormones created by these small powerhouses affect the way every organ, tissue, and gland in our body works. The adrenal medulla forms a chemical named epinephrine that is also known as adrenaline. Epinephrine is responsible for blood pressure regulation, blood flow and the body’s acute response to stress.

The adrenal cortex creates a different types of hormones including:

Mineralocorticoids (such as aldosterone) that help in order to regulate blood pressure and the fluid and maintain the level of salt in the body.

Glucocorticoids (such as cortisol) are released by the adrenal cortex in order to help the body to cope with long term stress. Glucocorticoids help in order to regulate the level of sugar and fat stored in the body and act as anti-inflammatory agents.

In our body, cells that continue to grow and divide without control turns into mass or tumor. This mass will at the end affect the mechanism of an organ. The original abnormal cell growth site is named the cancer’s “primary site.” In adrenal cancer, the primary site is the adrenal gland.

Abnormal or out of controlled cells can also grow and invade surrounding or nearby organs and structures. This spreading is named metastasis. Tumors that invade and spread are named malignant or cancerous, while benign adrenal tumors never spread or invade other organs.

Tumors of the adrenal cortex: The non-cancerous tumors of the adrenal cortex are named adenomas. These are tiny tumors that are usually detected on a CT scan or MRI of the abdomen. They are a kind of most common type of adrenal tumors and are quite often silent tumors that cause no signs and symptoms. Some address these tumors incidentalomas because they are very often found incidentally when x-ray studies are performed for other reasons.

The cancerous tumors that occurred in the adrenal cortex are named adrenal cancer or a bit specifically, adrenocortical cancer. These are the primary adrenal cancers, meaning they haven’t started somewhere else in the body and spread to the adrenal glands. These cancers are very rare. 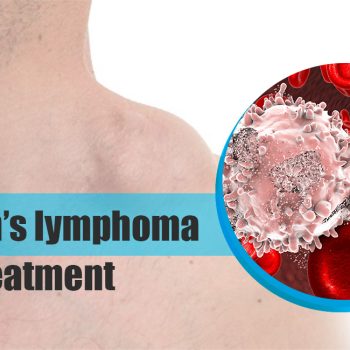