Combination Therapy with Venetoclax for Patients With Chronic Lymphocytic Leukemia

Combination Therapy with Venetoclax for Patients With Chronic Lymphocytic Leukemia

In May 2019, the Food and Drug Administration (FDA) approved venetoclax (Venclexta) in combination with obinutuzumab (Gazyva) for the initial treatment of adult patients with chronic lymphocytic leukemia (CLL) or small lymphocytic lymphoma (SLL).

According to Milos Miljković, M.D., who studies Chronic Lymphocytic Leukemia in NCI’s Center for Cancer Research, “This is the 2’nd chemotherapy-free regimen, approved for the first-line treatment of chronic lymphocytic leukemia, and the first such regimen that is prescribed for a limited time span.” The combination therapy with venetoclax and obinutuzumab is prescribed in 12 four-week cycles.

Certain other FDA-approved therapies for patients with chronic lymphocytic leukemia (CLL) or small lymphocytic lymphoma (SLL) that does not involve chemotherapy is ibrutinib (Imbruvica). Patients taking treatment with this medicine can continue therapy with it until their disease is progressive or the side effects become unmanageable.

Venetoclax, a pill (supplied as 10mg, 50mg and 100mg), inhibits the mechanism of a protein named BCL2, which is involved in keeping cancerous cells alive. Obinutuzumab, a monoclonal antibody, available to be injected into a vein (intravenously), known to target a protein named CD20, which frequently exists on the surface of tumor cells in patients with certain types of leukemias.

Venetoclax 100 mg was initially approved by FDA in the year of 2016 for the treatment of patients with chronic lymphocytic leukemia that has a specific genetic alteration, known as deletion 17p. In the year of 2018, the agency expanded the medication’s approval to include patients whose cancers have progressed after taking the minimum one previous therapy, regardless of whether their cancerous cells have the genetic change.

This Food and Drug Administration’s new approval was taken place on behalf of the outcomes from carried-out the phase-3 clinical trial comparing the effectiveness as well as safety of venetoclax along with the obinutuzumab vs obinutuzumab plus the chemotherapy medication chlorambucil in patients with chronic lymphocytic leukemia (CLL) or small lymphocytic lymphoma (SLL) and coexisting medical conditions.

Outcomes from the carried out clinical trial, which was favoured by the makers of venetoclax, F. Hoffmann–La Roche & AbbVie, were brought out in the NEJM on June 6’th.

“Neither population had greater rates of death or disease progression,” uttered Dr. Miljković, who was not involved in the trial. Over half of the participants in each population were still alive without the disease worsening at a median follow-up of 28 months following the start of treatment.

According to Dr. Miljković, “The combination therapy with obinutuzumab and chlorambucil used as a differentiation in the respective carried-out trial and is approved for patients with untreated chronic lymphocytic leukemia, but the treatment is rarely used.

“A more pertinent differentiation in the trial would have been between the venetoclax (venclexta):obinutuzumab combination and ibrutinib,” Dr. Miljković uttered. Without a study directly differentiating these therapies, he forecasted that health specialists will choose therapies based largely on factors such as patient preference and certain additional health conditions.

For patients, he went on, the choice may come down to whether they favour a time-limited treatment with the combination therapy comprising obinutuzumab and venetoclax that needs visits to a health specialist’s office or clinic or a “straightforward but indefinite treatment along with ibrutinib.”

Ustekinumab : Information for Patients and Caregivers 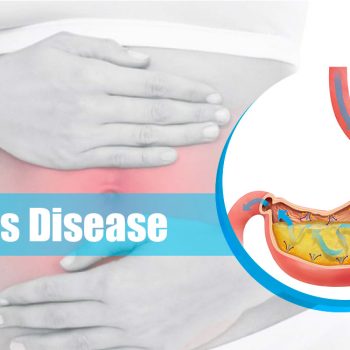